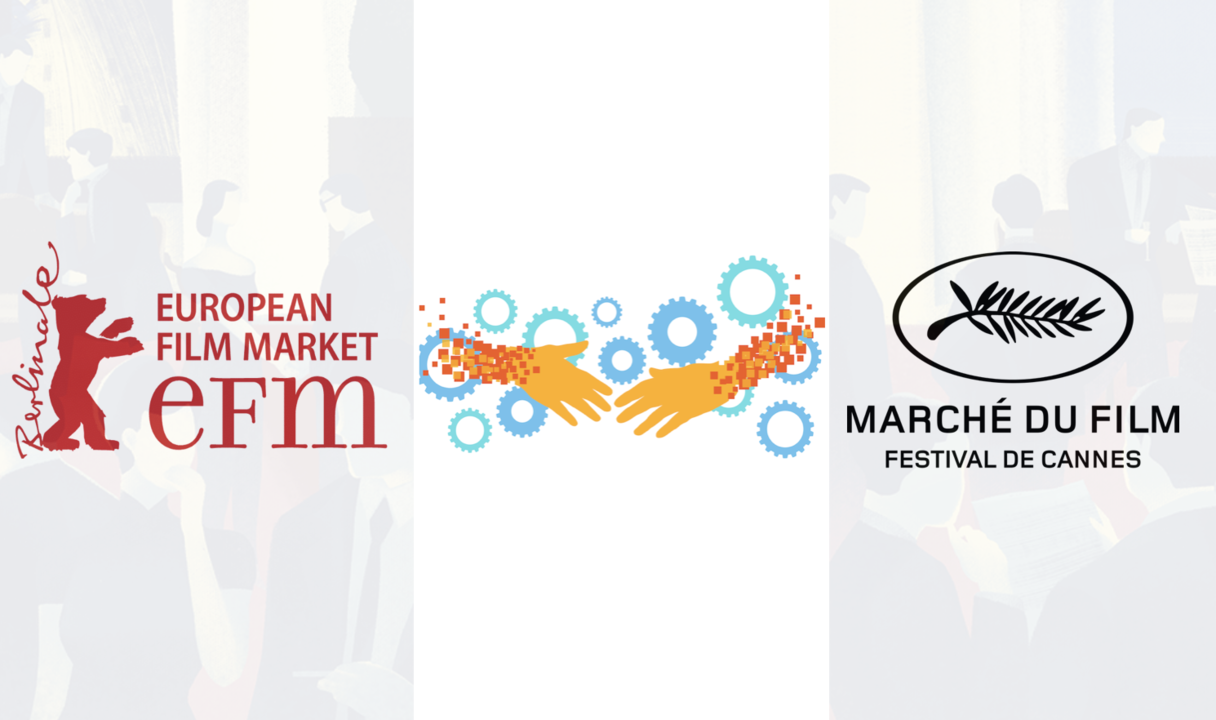 The International Film Marketplace: Growing Digital Markets vs the Return of In Person Events

Right on the heels of February's European Film Market (EFM), announcements ring out regarding the upcoming Marché du Film in Cannes. The scheduled screenings and conference events for the EFM took place entirely online (while the Berlin Film Festival took place alongside, with live, in-person screenings). The Cannes Market edition will be in person this May, and the fall US market, AFM, is making similar plans for November after two years online. Meanwhile, amidst these market mainstays, we've seen the introduction of several ongoing virtual marketplaces, led by Vuulr. Triggered by Covid or not, the landscape is undoubtedly shifting.

Two weeks ago, the European Film Market (EFM) — the annual event that has taken place alongside the Berlin Film Festival since 1988 —concluded, marking its second year since it decided to go virtual due to the onset of the Covid-19 global pandemic. Surprisingly, this sudden move by the EFM away from in-person events to a totally digital marketplace has not hindered the amount of films screened and sold: if anything, it has seen a great expansion in the past two years. 827 titles were on offer in this year's edition, more than 600 of which were premieres, from 598 different exhibitors. On the other end, there were 1,168 buyers present spanning 121 different nationalities. The largest deal in the history of the EFM was signed this year, with Sony Pictures purchasing the Tom Hanks film A Man Called Otto for 60 million dollars. Considering the various restrictions the pandemic has placed on the international film industry and marketplace, the last two years of the European Film Market have been a remarkable success.

The unexpected achievements of the EFM amidst the Covid-19 global pandemic are especially interesting when compared to just three years ago. The 2019 EFM was a slightly lagging year, with only a few major acquisitions being made — and those largely being sold based on the popularity or prestige of the filmmakers and/or actors involved. The decreased amount of sales that year suggested that buyers (particularly those from smaller distributors and exhibitors) were much more hesitant, less willing to take a risk purchasing a large-budget film or TV series that was screening at the time. The paradox of putting the EFM online in the past two years has been that rather than limiting opportunities to screen and sell various titles, it has instead broadened them.

Moving these marketplaces to a digital format not only serves as an effective response to the restrictions put in place by the pandemic, but as a maneuver to revitalize events like the EFM. Appearing at these in-person events is quite costly, from the travel and accommodations to the booth production and presentations. Digitized marketplaces alternately help to democratize the process of international film sales and give independent filmmakers the chance to screen their work to small and large distributors alike.

However, there is a substantial three-month gap between the close of the EFM in mid-February and the opening of the Marché du Film (occurring simultaneously with the annual Cannes Film Festival) in May. It is in this timeframe where digital film marketplaces such as Vuulr shine, especially for independent filmmakers looking for a place to sell their titles in a time when in-person meetings and events have been moderately difficult. Open 24/7, Vuulr gives independent filmmakers the benefit of not just being able to be seen globally, but also to have access to buyers when it suits them (rather than having to wait for an event). iGEMS recently partnered with Vuulr to create a film Directory, where filmmakers can secure attention from buyers, without the need of a sales agent.

Vuulr offers a very filmmaker-friendly business model: it is free to register and to list your film, and they take a simple flat 10% commission only once you successfully make a deal. Also, with Vuulr, the filmmaker keeps all their rights — other platforms have very filmmaker-unfriendly “rights-grab”' in their T&Cs, so we would HIGHLY recommend that filmmakers read them very carefully before proceeding. Another perk is that indie filmmakers on Vuulr can have one (or more) screening rooms, branded with their own logos, and dedicated to just their films. They offer this service free of charge for indie filmmakers, making it a very attractive alternative to sending out Vimeo links.

Vuulr launched Jan 2020, mere months before the spread of the Covid-19 pandemic, appearing at almost the perfect time for filmmakers, production companies, and distributors to meet and trade completely online. Today, Vuulr is the largest, in terms of content —185,000 hours, which means more choice for the 7,000 registered buyers. It offers more opportunities for making sales, and has driven more than $8 million of licensing revenue on the platform — all indications of the success of this new, digital, way of working.

“Part of Vuulr's mission is to democratize the access to distribution, to give indie filmmakers, and the smaller distributors and sales agents the opportunity to reach buyers globally and transact on fair terms. Vuulr's platform offers a digital meritocracy, which levels the playing field between large and small,” said Ian McKee, founder and CEO of Vuulr. “Whilst a few years ago, bringing the licensing transaction onto a digital platform might have seemed challenging. However, the changes happening in the industry today mean that now is the time for this idea.”

We see the future for most people as being hybrid: the buyers and sellers in the industry will use both online platforms such as Vuulr for their functionality, reach and convenience, as well as going to in-person events to meet, make and maintain relationships.

Back In Person On the Croisette

This year's Marché du Film is significantly working to go back to solely in-person events and screenings. The event will be a good marker in indicating how much of an impact Vuulr and other digital film marketplaces have made on long-established, in-person events like the Marché du Film, that occur only for one or two weeks. In 2020, the Marché du Film was entirely online and had over 1,200 screenings that attracted 10,000 participants in the span of just five days in June. Last year, however, the event — after being delayed a couple months to July — was mostly in-person, with a number of online pre-Cannes screenings set for industry professionals in late June. The number of sales and screenings was much reduced, both because of the same budgetary constraints present in other venues like the EFM and travel restrictions of various nations across the globe due to the ongoing pandemic. The 2022 edition offers another chance for the Marché to again attempt to return to normalcy.

AFM Back on the Beach

After two years of successful online panels and screenings, and their interactive virtual village hosted by Filmocracy, the American Film Market will be back to an in person event in fall of 2022. International visitors do like to head to southern California in the fall, and we anticipate a healthy return. With hybrid events proving successful in other regions, there's no reason to believe AFM won't follow suit, and offer patrons an opportunity to participate virtually. 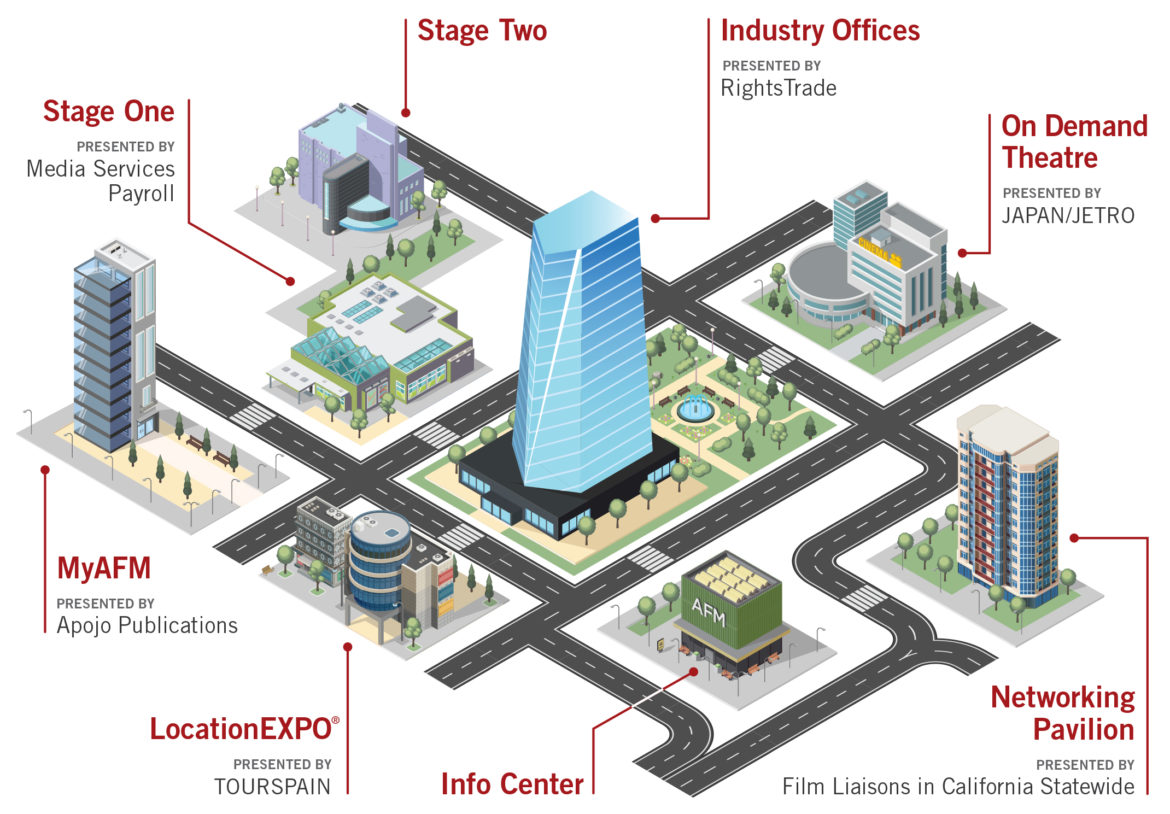 The question remains, however, of how much of an impact websites like Vuulr will have in the coming years on the international film marketplace. It has been close to two years since the pandemic started, and places like the Marché du Film are undoubtedly eager to return to in-person screenings and events. Many of these marketplaces thrive on close personal relationships between filmmakers, producers, agents, and distributors, and participating in sales via online chat and video call clearly lacks the same effectiveness as a face-to-face meeting.

In spite of that, it seems more and more likely that smaller distributors will resist the inclination to spend tens of thousands of dollars going to events like the EFM or Marché du Film when websites like Vuulr provide a much more cost-effective and expanded alternative.

Networking and developing new relationships has always been a big part of these international markets. This industry has a history of appreciating the schmooze factor, the wining and dining and perks that go along with international travel, but this is not for everyone. From a purely economic standpoint, the virtual marketplace is making a strong case, and is here to stay.

For you filmmakers looking to play the festival circuit, feel free to join the free webinar, FILM FESTIVAL MASTERY: How To Get Into Top-Tier Fests & Advance Your Career! Thursday March 3, at 11am PST. iGEMS founder (and Slamdance co-founder) Jon Fitzgerald & filmmaker Justin Giddings break down the insider secrets to getting your film screened (on a budget)!

Best of luck on your journey through the international marketplace!