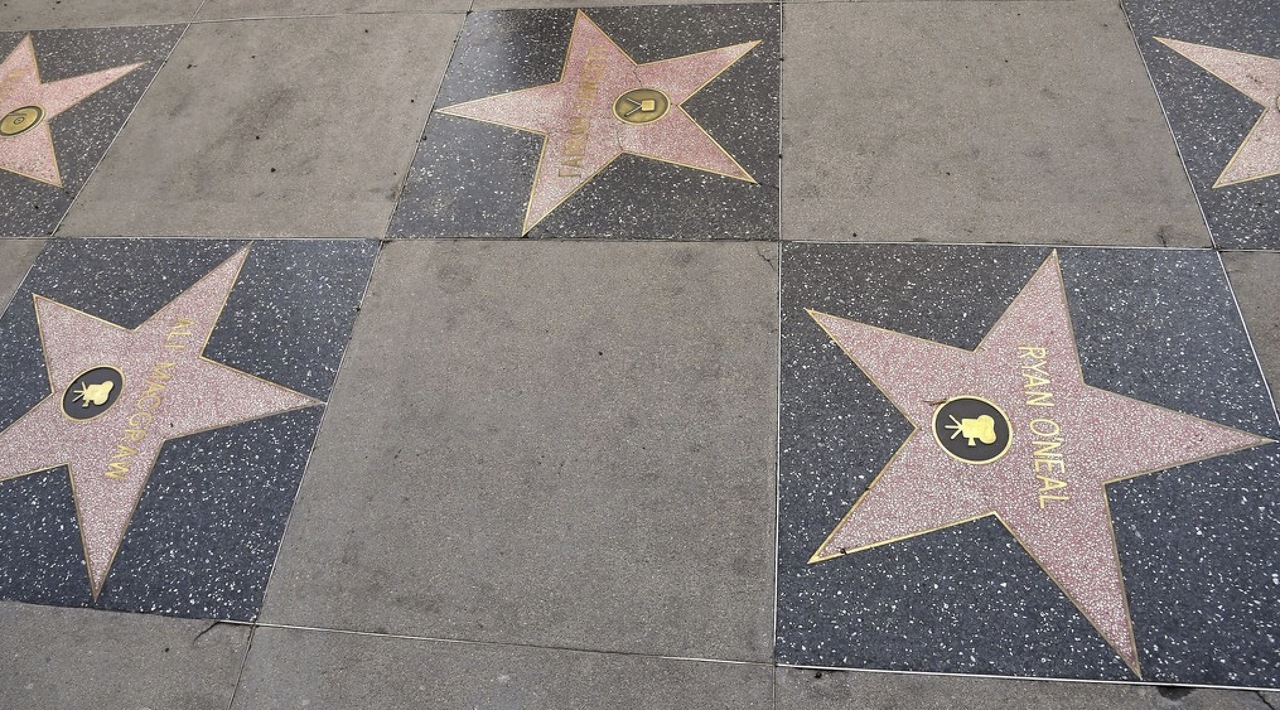 The Business of Romance

Through the Years
Love and the movies have had a hot and cold relationship over the years, especially in terms of net profits. Yes, some of the most popular movies of all time were love stories. From classics Gone with the Wind and Casablanca to Dr. Zhivago and It's a Wonderful Life. But less than 25% of AFI's Top 100 list are romance movies. Could it be that critics don't respond to movies that tug on your heart strings?

Lovers will celebrate Valentines Day this weekend, and in true Hollywood fashion the stars of the iconic Love Story, Ryan O'neal and Ali MacGraw, received stars on the Hollywood Walk of Fame yesterday (poetically flanked by that of Farrah Fawcett, Ryan's true love). Well received by critics and audiences, Love Story took in more than $130 million worldwide. In the process, the movie is credited with rescuing a floundering Paramount Pictures from financial ruin. Ironically, MacGraw was married to Paramount Chief Robert Evans at the time, just to bring this love story full circle. The movie comes in at number 98 on imdb's 100 box office success stories of all time. If you haven't seen it, Love Story is available on all the TVOD platforms, as well as HBOMax. Grab the kleenex.

The big question is, when we're talking about box office, or financial, success, how do Romance movies fare? According to several studies, as a genre, they are middle of the road, at best. See this chart below from The-Numbers. 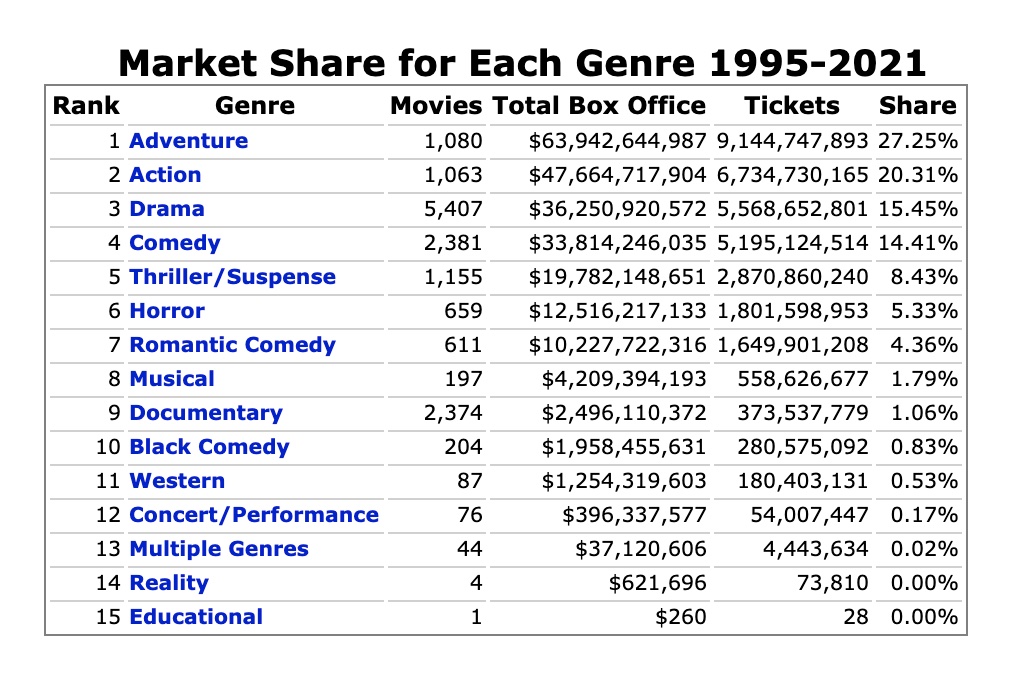 It's important to note, however, that while gross numbers don't lie, they don't always tell the whole story. The truth is, rom coms for example are much cheaper to make than the action adventure or special fx laden tentpoles. If you want to talk ROI, these projects can make sense.