Set in London, where gratification is only an app away, the story centers on Arabella, a carefree, self-assured Londoner with a group of great friends, a boyfriend in Italy, and a burgeoning writing career. But when her drink is spiked, she must question and rebuild every element of her life.

A powerful new series, with colorful characters and terrific performances. 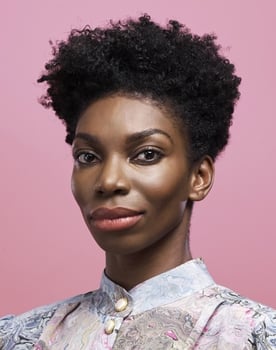 After visiting her aspirational long-distance boyfriend in Italy, writer Arabella returns to London, where she is greeted by a deluge of frantic messages from her literary agents. With a matter of hours left to finish a draft of her second book, she plans to pull an all-nighter - but is soon tempted to join a friend on a night out.

Lunch with Terry gets Arabella thinking about the hazy events of the previous night, prompting her to probe Simon for answers. Growing increasingly desperate to put together the pieces, Arabella drops by Simon's apartment – and, later, finds herself at an unwelcoming doorstep. Meanwhile, Terry has a lousy audition, and a concerned Kwame rushes to Arabella's side.

Three months earlier, Terry visits Arabella in Ostia, Italy, where she's living large on her agents' dime. After procuring party favors, Arabella and Terry each have a wild night of their own.

Back in London and two months after the incident, Arabella meets with a therapist who encourages her to find relaxing and creative ways to cope with her trauma. Still anticipating the first draft of Arabella's book, her agents assign another client, Zain, to help her with the writing process. Kwame introduces his modest new love interest, Damon, to a stranger he met online.

…It Just Came Up

A tumultuous day finds Arabella reassessing a sexual encounter with Zain and, following a promising new lead in the investigation, opening up to Biagio about her assault. Later, after a meeting with Susy Henny, Arabella threatens to break the internet when she goes off script at a writing summit. Meanwhile, Kwame's prompted to report his own assault to the police.

Much to Terry's disapproval, Arabella attends a support group for rape and sexual assault survivors run by their high school acquaintance, Theo. In a flashback to 2004, teenage Arabella and Terry intervene when a resourceful, troubled young Theo attempts to flip the narrative on consensual sex gone sideways.

Strapped for cash and still unable to produce a draft of her book, Arabella takes a job working alongside Theo at a vegan delivery start-up. Birthday girl Terry takes covert measures to ensure Simon won't make a surprise appearance at her party. The festivities find Kwame avoiding reminders of his assault while Terry airs her suspicions about Theo.

Reeling from a demoralizing development in the investigation, Arabella hatches a risky plan to "spark joy" – and convinces an adverse Terry to bankroll it. Still navigating the fallout of his own assault, Kwame challenges himself to explore the full spectrum of his sexuality.

Social Media Is a Great Way to Connect

Arabella's bloated social media presence finds her more glued to her phone than ever, perpetually internalizing the stress of her followers. At a Halloween "paint and wine" organized by Terry, Kwame opens up to the girls about his recent sexual experiment – and Arabella's reaction lands her in an emergency session with Carrie.

The Cause the Cure

After Simon inadvertently drops a bomb on Arabella, she heads to her mom's birthday dinner, where painful, long-forgotten memories bubble to the surface. Kwame's no-strings-attached hookup bender leads him to Tyrone, a stranger in search of a different kind of connection.

Arabella's obsession with a fellow young author, Della, leads to unexpected progress on her book, despite a devastating setback. Kwame wades into uncharted waters with Tyrone and attempts to make amends with a disgruntled ex-flame. Terry has some luck in work and romance – and joins Arabella in staking out the bar where she was spiked.

When Arabella's memory of January 22nd comes rushing back to her, she drags the last of her demons out from under the bed – once and for all. Season finale.